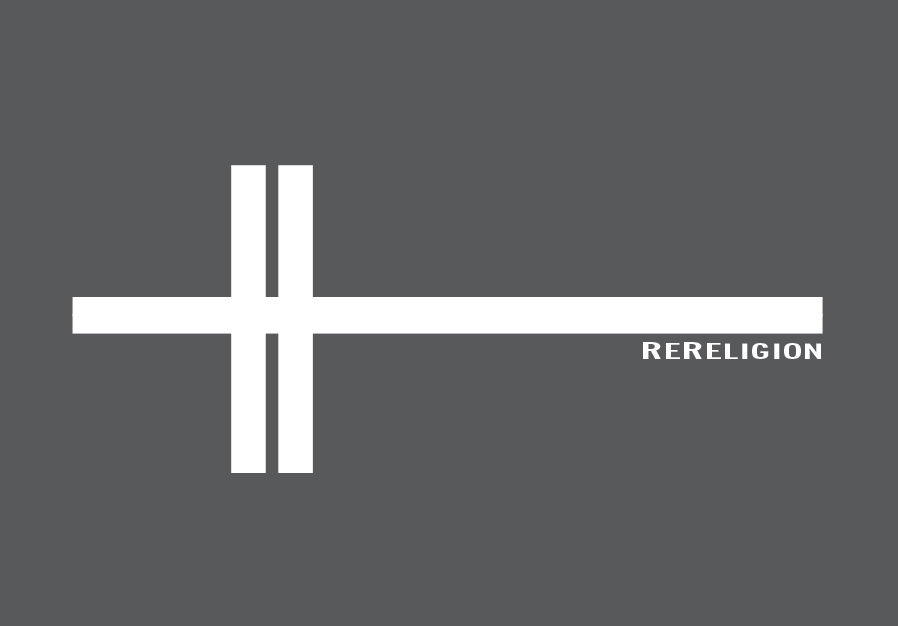 ReReligion . Cycle Between Reflection and Redesign

Ger Ger's ReReligion – cycle and series of works. Reflections on religion in everyday life and investigations into religion's Zeitgeist and adaptability. Nothing is more important than diversity, freedom and freedom of worship. Because of which criticism and provocation determine both the form of expression and the content of ReReligion. Respect for belief, however, remains intact. Gods are disregarded and remain unthematized.

The two works were premiered in the Freiraum of quartier21/MQ in Vienna’s Museumsquartier. The exhibition ran from the 17th to the 26th of June 2005. Further pieces will follow within the scope of ReReligion, building on these foundations.

The cycle opens with the installation CONFESS.OR.

Confessions, abated echoes emitted out of grave lights, a previous confessional chopped up beyond recognition and filled up in sacks, heaped up soil, darkness.

Upon entering the room the visitor becomes part of an open confessional situation. Once the visitor approaches one of the candles or places an ear on it, a single voice can be distinguished from the muddle of voices which forms a wall of noise at a moderate volume. The centenarian confessional is present in a new form. The lattice of the confessional – the single element that is left in its original form – floats over the floor with a microphone in the back part of the room.
Kneeling upon the cushion, summons a female's voice, inviting one to confess. This enables those who avow to make an anonymous confession to the public. Upon leaving the cushion, the confession is automatically over. A confession that manages without the power apparatus of the church – turned upside down and inside out, without obligations. Once the confession has been made, it will be meshed with the sounds of previous confessions and omitted out of a few candles in the room. The pool of confessions grows larger and larger. Judgment over the sins of others is placed in the hands of the individual.

Current confessions from CONFESS.OR are also available on the Internet as podcasts (for example for your way to work). The feed address: http://gerger.com/podcasts/rereligion/confessor.php

Additionally, the 15 most recent confessions will be listed and directly downloadable. While an exhibition is underway podcasts and downloads will be updated automatically every night. At the time, no exhibitions of CONFESS.OR are taking place. The next opportunity for open confession will be announced.

In the cycle ReReligion, JAM Bears covers the spectrum from confession to the perpetration of sin.

If the exhibition visitor places the 'Prenatal Heart Listener' on the body of a bear, sounds are realized out of the insides over two headphones. To the observer a fragment of a dialog between father and son unveils itself. Simultaneously, however, only one perspective can be tuned into at any one time – that of the one or the other bear. Thus the dialog makes itself accessible to everyone in varying ways. Metaphors and space for individual inspiration are of particular significance.

Religious child molestation, thus denominational conditions and an upbringing toward a belief in religious objects as well as practices in the service of institutions are thematized. To some it will quickly become apparent that the eavesdropping of the dialogue can also be understood as the witnessing of physical abuse. Groaning noises between the legs of the Father bear, Jesus as penis.

Whether the rape with Jesus implies abuse in the name of religion or a physical misdeed - the brutality remains.